Mobile Affiliate Marketing Trends in India and Around the Globe 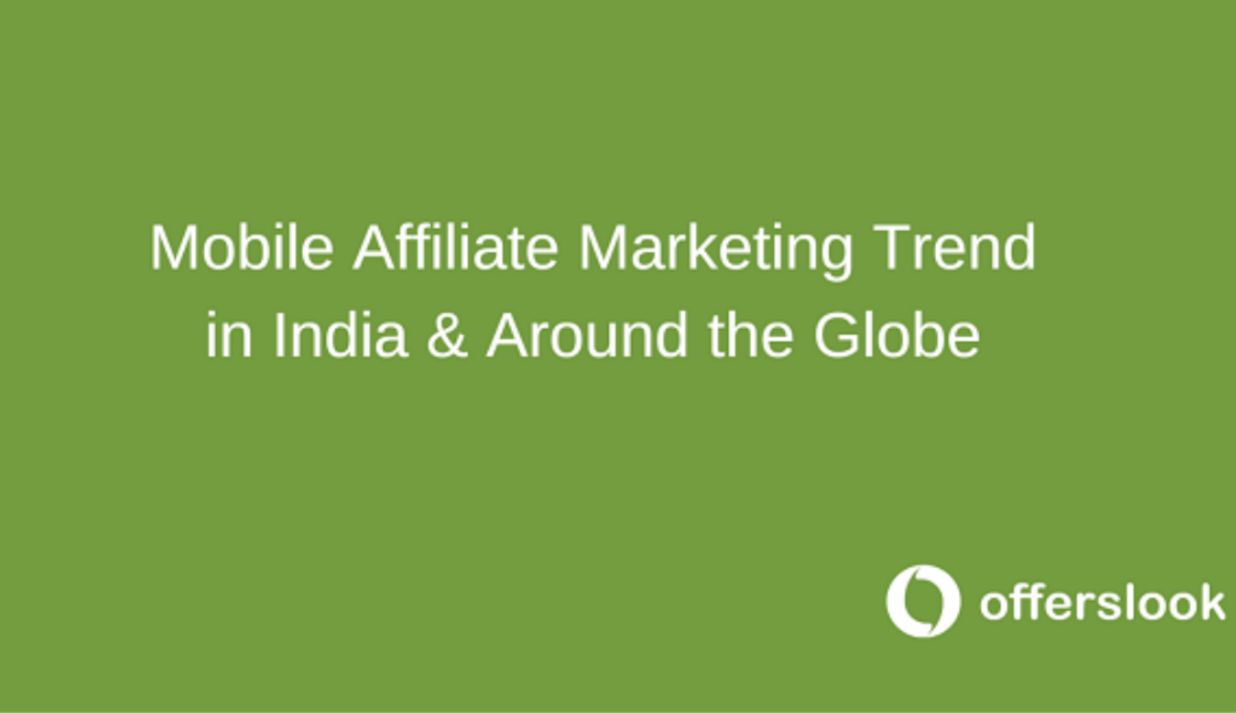 In the last 5 years or so, with the boom of mobile devices, mobile content and traffic has grown exponentially. This also leads to rise of mobile advertising. According to eMarketers, mobile ad spending will hit $100 billion in 2016. Among the $100 billion pie, one of the ‘oldest’ from — affiliate marketing, is estimated to take up 10–15%, reaching $10-$15 billion. And as the need of acquiring mobile users grew, large part of the budget was spent by app advertisers, including but not limited to mobile tool apps and mobile gaming apps. Note that (1) this report does not include China, but include players from China that run affiliate marketing outside China; and (2) 99.5% of Traffic run on Offerslook platform is on mobile.

Over 30% of Offerslook’s customers are from India, which is coincident with the fact that India has become a center of mobile traffic and mobile advertising. According to the latest Internet Trend 2016 report by Mary Meeker from KPCB, India has over 277 million internet users, growing at 33% YoY and surpassing US as the 2nd largest internet user territory, and the penetration rate is just 22% with huge space for growth.

These opportunities encouraged Indian entrepreneurs to start up online businesses. The huge volume of mobile advertising and its potential unlock their enthusiasm to tap into performance marketing networks. And using ready infrastructure such as Offerslook, they can easily create a network in a few days.

This trend is also observed in other areas of the globe, such as Vietnam from SAE and Russia. Entrepreneurs from other countries such as China and Israel, are however not spurred by trend in their home states, but they invest into global opportunities, helping local content developers or other global players to acquire users globally. Of all the advertisers recorded by Offerslook, 26.02% — the largest proportion comes from India. This is largely due to huge amount of venture capital to Indian startups in the last 3 years — 2015 alone saw $9 billion of them, advertisers increased their spending dramatically on acquiring users, and more startups emerged.

Interestingly, China ranks 2nd in terms of advertiser number. Reason behind is plenty of Chinese internet firms are going global to seek broader space of user growth while avoiding fierce competition in China. And many of them are eyeing India as a market with great potential after China. In terms of affiliates, India again ranks #1. Spurred by promising development of mobile advertising, many Indians started their affiliate networks or simply started blogs and promote products on their blogs.

This phenomena is similar in other emerging markets such as Indonesia, Vietnam and China. USA is traditionally strong at affiliate marketing and leads in quality. Israel is particularly active in mobile advertising or high-tech industries — its size is relatively small but consider its population is smaller than 10 million — not even 1% of India.

As for traffic conversion distribution — relative scale of traffic that is converted to install, sales, etc., India is again the top choice — India is the top priority for most multinational internet firms. But US is very close — US is one of the top choices for Game developers, thanks to its huge user base and high purchasing power. Out of the thousands of performance marketing campaigns, Utility Apps (ranging from system cleaner to browser apps) were the most active. After the successful stories of Cheetah and UC browser, there appears to be success path for utilities: Build good products -> Win VC investment -> “Buy” huge base of users -> Monetize with advertising.

The entry barrier is probably the lowest to build a utility app, and with investment, Utility apps were the most passionate on buying traffic to acquire traffic within the shortest time.

Entertainment and Games are the 2nd hottest or money-burning category. They both point to the increasing user needs of leisure and targeting to squeeze spending from the users. While E-Commerce takes up small pie of marketing campaigns, they’re however with huge spending.

In summary, we see that the rise of mobile device and mobile advertising had triggered a boom of entrepreneurship in emerging markets especially in India and run affiliate marketing. And affiliate marketing as an important mobile advertising, is helping mobile advertisers acquire users globally, with the focus of utilities apps, entertainment and games. Among all markets, India is a top notch in many ways — its huge market potential will drive continuous investment from both local and global funds and developers.

Offerslook is a SaaS platform for performance marketing networks to build and manage their networks. Since debut, hundreds of ad networks/affiliate networks have used Offerslook to increase their network efficiency and ROI. We’re dedicated to reducing the high technology cost in this industry and making ad network management a smarter job.