Social Media Marketing 101: How to Make a Twitter Bot? 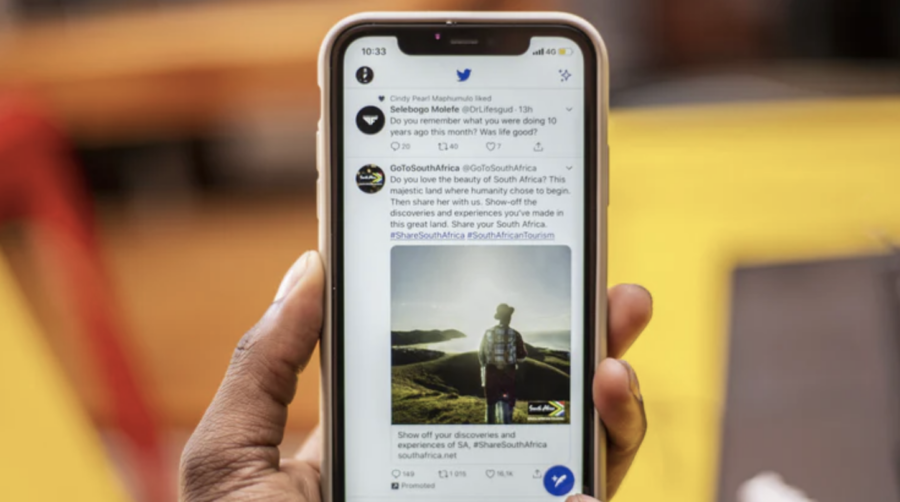 Social media is a powerful and stable channel for businesses of all sizes to reach potential customers and generate leads.

Although you may not have noticed it yourself, social media platforms are already awash with bots, especially on Twitter. According to a study by Pew Research, two-thirds of all tweets containing links are tweeted or retweeted by bots. These bots can not only save marketers’ time but also improve their efficiency on Twitter marketing.

Let’s break it down now.

A Twitter bot is a Twitter account that is programmed to perform actions in an automated manner, such as sending tweets at a scheduled time, following/ unfollowing accounts, or replying to tweets with a predefined text.

While there are many articles telling you how to code and deploy a Twitter robot with Python, Node.js, and any other programming language, the fact is that you can easily build Twitter bots through the Twitter API without knowing how to code or program.

As long as you know the basics of the application programming interface, you can easily authenticate your request via the API key and some tokens. Keep reading and we will guide you to make a Twitter bot in simple steps.

Twitter bots could complete various tasks as you request, including:

For example, you can use a Twitter bot to automate responses to new users. You can automatically favorite or retweet tweets that contain particular keywords. You can follow or unfollow users that match certain criteria. You can set the time to automatically post tweets even if you are not online – and much more.

Here are Twitter’s Automation rules about what your bot can do and can’t do. 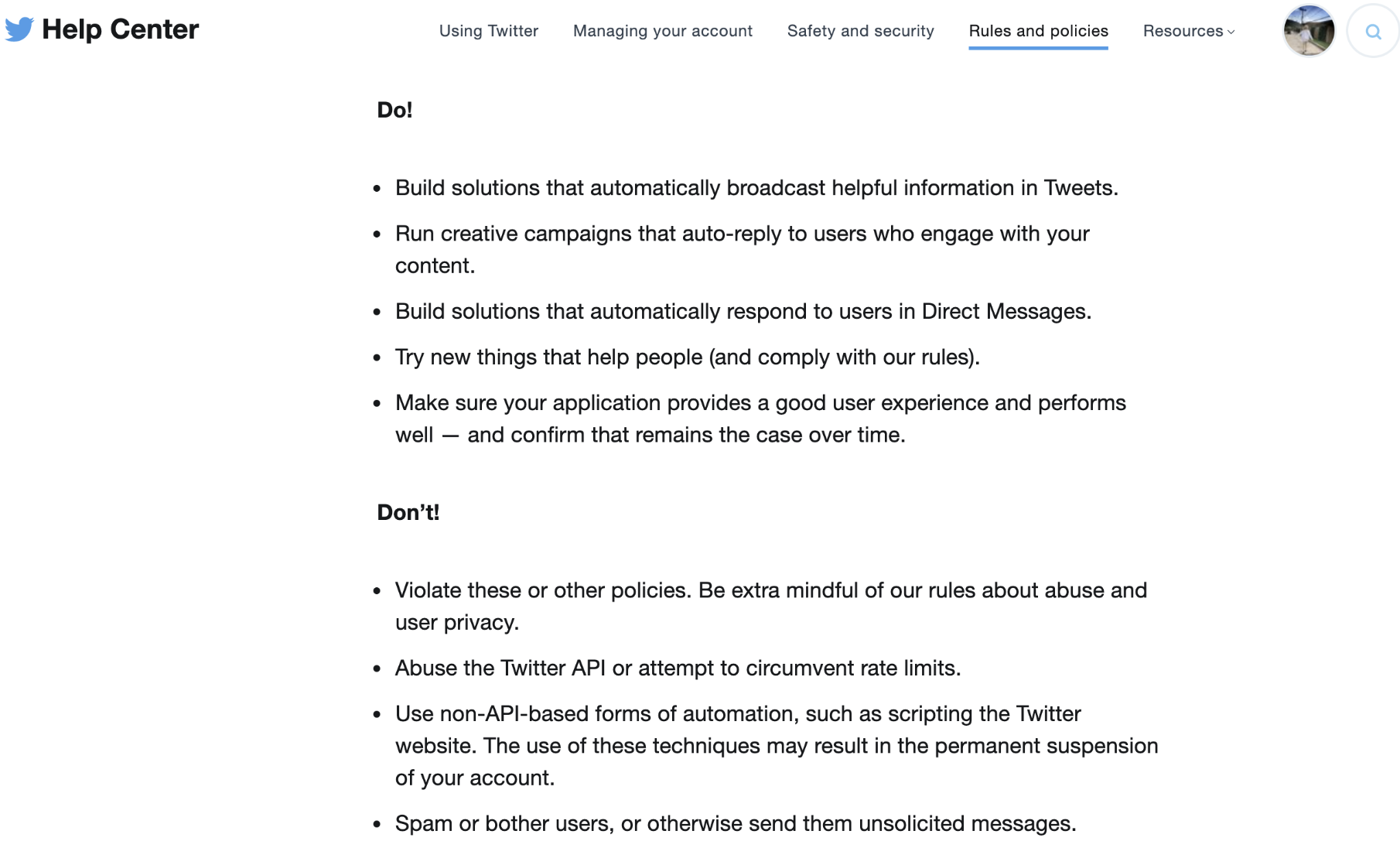 It’s important to keep these rules in mind before you start building Twitter bots. And keep in mind that your bots will be interacting with real people, so you should avoid giving the user a bad experience.

Ok, let’s get down to business and show you step-by-step how to create a Twitter bot.

It can take a while to fill in all the required information, such as “How will you use the Twitter API or Twitter Data?”, “What is your primary reason for using Twitter developer tools?”, etc. 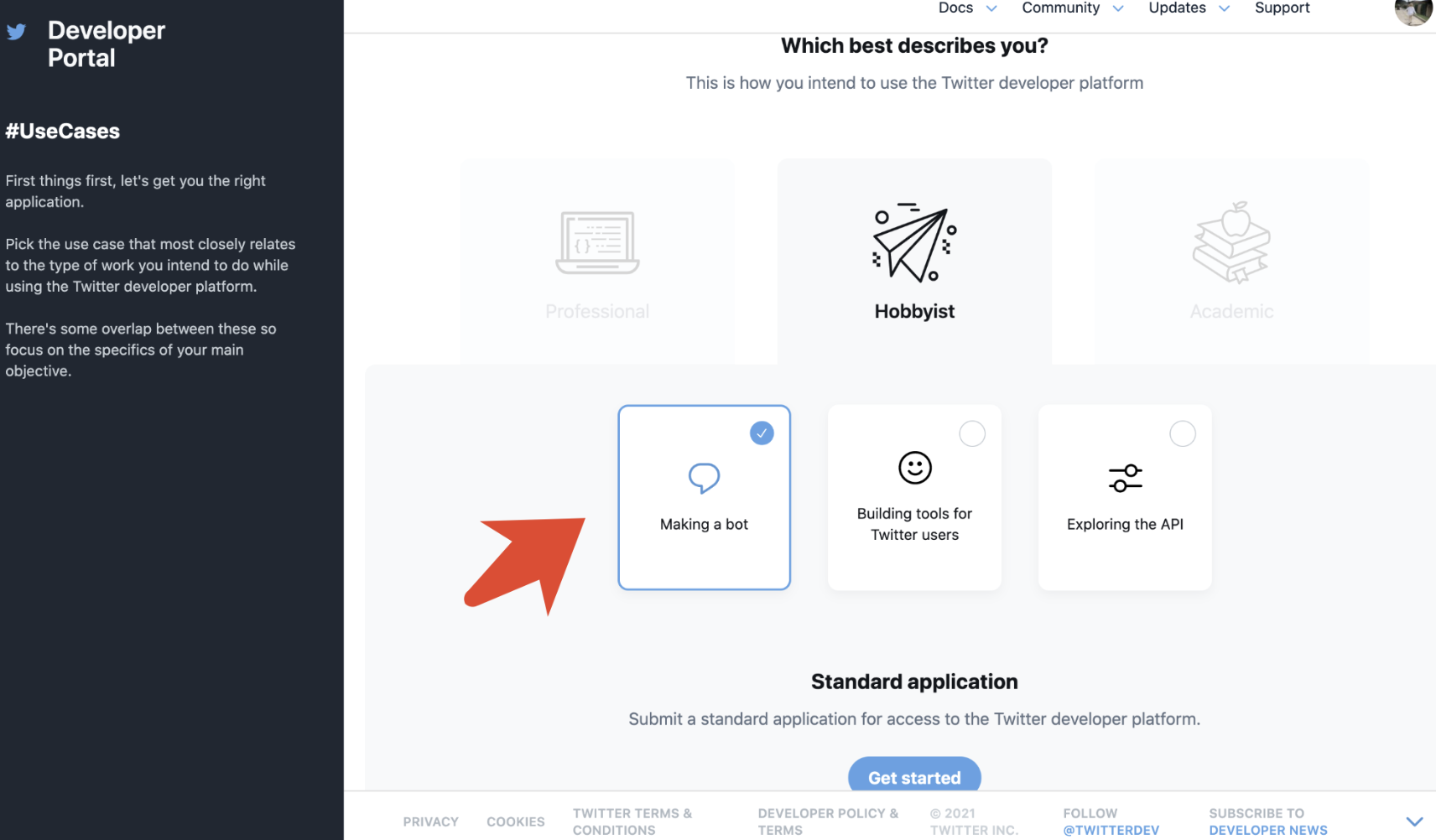 After verifying your developer account and confirming your email address, you can start to create your first Twitter app. You just need to type the name of your app.

And then you will get an API key, an API secret key, and Bearer token. Save all these info as you’ll need them later.

As we mentioned above, Twitter bots can be programmed in almost any programming language you’re familiar with, such as JavaScript, Python, Ruby, etc.

Once you have created your Twitter app, go to the dashboard and click the Gear icon. When you hover over it, it will appear as “Apply Settings”.

Then go to the Project & Apps, select the Read + Write + Direct Messages option, and click Save.

Finally, go to Agarwal Google Script, enter those keys into the designated fields, and then your development environment and your Twitter app will be linked.

Open the Twitter Bots app, sign in with your Google account, and then enter the key and token you got in the previous step in the corresponding box.

Then you have to specify the search criteria, including the search phrase, start time and end time.

Finally, you can select the actions you want the bot to perform from the drop-down menu, such as sending a public reply, retweeting a tweet, adding followers to Twitter lists, etc.

Creating a Twitter bot is definitely a great way to simplify your effort on social media marketing.

For example, you could build a robust Twitter bot to take your Twitter presence to the next level. When you are offline, your robot can automatically provide customer service. You can even use bots to assemble a list of Twitter accounts that perfectly match your business to target users.

Follow the simple steps above as a starting point to automate part of your Twitter activity. Keep Twitter’s regulations and rules firmly in mind before you make a Twitter bot.

Also, if you are looking for performance marketing solutions or if you want to join some partner programs to get extra income, don’t hesitate to join Offerslook’s referral program and easily win up to $200 commissions. 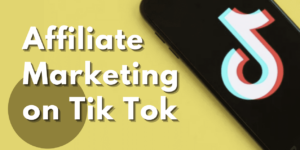 I bet you've heard about TikTok, the world's most popular app with 800 million active users, even if you've never downloaded it on your phone.   With so… 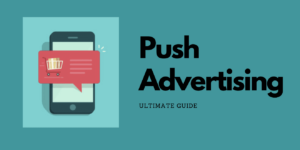 Push Advertising in 2021: Every Marketer Needs to Know

Have you ever wondered where those cool notifications that pop up on your desktop or mobile device come from?   This Push technology has become so wides… 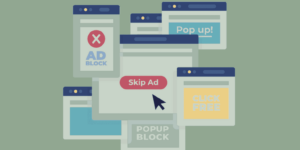 What is Pop Traffic: An Effective Way for Your Affiliate Marketing